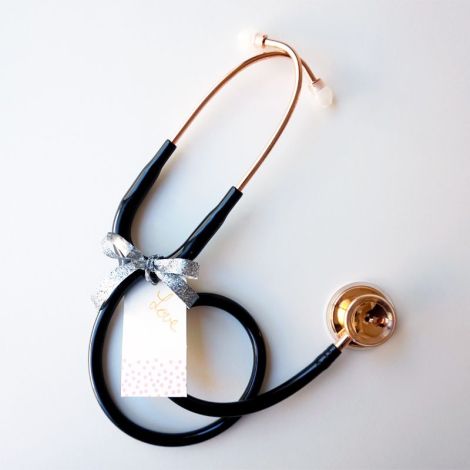 The doctor made his fourth cup of coffee. The time was eleven o’clock, he needed to be at the hospital by twelve, his feet curled up inside his sneakers and his heartbeat increased. He paced up and down the kitchen and when he came to a stop, punched the marble table top causing his index finger to snap out of place. He quickly put it back into place; he had always been double jointed. The table was filled with half eaten foods: half a chicken, numerous packets of chips, a box of chocolates, plastics of dry fruit and a bucket of biscuits. He struggled to breath, grabbed a handful of chips and stuffed them into his mouth, each salty chew seemed to calm him down but as soon as he swallowed, he grabbed four chocolate biscuits and shoved them into his mouth then he grabbed the chicken and bit into its breast. He thought he would cry but instead he banged his head on the table top and fell to the ground.

The doctors at Cecil hospital looked like supermodels for Italian fashion brands, their skin and hair looked nourished with rich vitamins and vitality. The hospital resembled an art gallery, large vibrant artworks hung on the walls, light came in from the oversized windows and a helix stair case that was made out of different colours spiraled up the three floors of the house. Cecil had been a doctor who, in his pension years, decided to turn his house into a private hospital primarily for elderly adults. He had passed before the entirety of his works could be seen but his dream was achieved.

The medical staff barely fought and were like a family of meerkats, some of them had been handpicked by Cecil who had come across them as interns in a public hospital. Joseph was one of them, a Zimbabwean born man who studied medicine in South Africa. He was a man who looked like he leaped out of a page of history books about African warriors, he towered over his colleagues, his shoulders broad and layered with sheaths of smooth bulging muscle, he had the biggest white teeth and he smiled often. He finished high school at the age of sixteen and devoured his medical books like they were Roald Dahl’s short stories, also he was almost telepathic with the patients that came in but mostly he was compassionate; Cecil liked this attribute most about him.

Joseph was raised by his grandmother while his father, who had denied his paternity, lived two streets away drinking his days away. The taller he grew the shorter his grandmother became; known to be a steady strong woman who thrived in the face of poverty, she became frail and bent with time passing. Joseph watched her waste away, her vitality sapped out of her like a cut aloe leaf but through her stubbornness persisted on living; time won and took her away. He vowed to better the lives of the elderly be it with a smile or a listening ear or with medicine.

Joseph woke up to his forehead throbbing, his phone vibrated incessantly on the counter top and he heaved himself up to answer it. It was the hospital; he was an hour late for his call and he did not know if he would make it at all. He pulled out his name badge and attached it to his white coat. He looked at the mess on the table and instantly felt ashamed. He shut his eyes tightly but the tears would not come out. The anxiety attacks were coming fast and hard since the announcement of the national lockdown, the hospital had an influx of patients coming in and rightly so because most of them had recently travelled to Asia and Europe in December and January. The number of those testing positive were steadily rising.

He thought he had it under control, the anxiety attacks not the virus, but they sprung up randomly like a creepy annoying jack-in-a-box was following him. Now he had a mess to clean and make it to work on time. Joseph could not leave his house unclean; his grandmother complained whenever he allowed a crumb of bread to fall to the floor when he cut his slices, the kitchen always had to be clean and he always had to finish his food even when he was full.

He swept the counter with his large left arm, collecting everything and throwing it into the bin hidden inside the cupboard. He sprayed antiseptic on the marble counter and frustratingly wiped it down. He made to leave but his hand trembled, he thought it was the after effects of caffeine but then his whole body shook and he fell to the ground hyperventilating.

Kay stood outside the fast food establishment, the windows were closed and the gate locked with a thick chain. A neighbour peered out of her window and informed Kay that the owner had decided to go back to his farms in KwaZulu where the rest of the family was.
“These are hard times, we don’t know when our last day will be, its best to be with your family” the neighbour had lamented in a shaky voice before closing the window again. There were no taxis hooting, no children running across trying to dodge cars, no loud music from those who were lucky enough to be employed and often came at sunset to show off their cars, no old women in their various church uniforms, no teenagers sitting at every corner blasting the latest music; just silence under the clear blue sky. Kay needed to get their kotas from the same place, she panicked as the reality of the lockdown settled in, they wondered what else would change: would they ever work again, would they be able to realise their life-long goal of travelling the world, would they see their father again, what about Noma who still held a special place in their heart and Joseph- it had ended badly with Joseph. They pulled out their cell-phone and decided to call him but it rung without an answer.