Ways to Help You Wake Up Earlier in the Morning 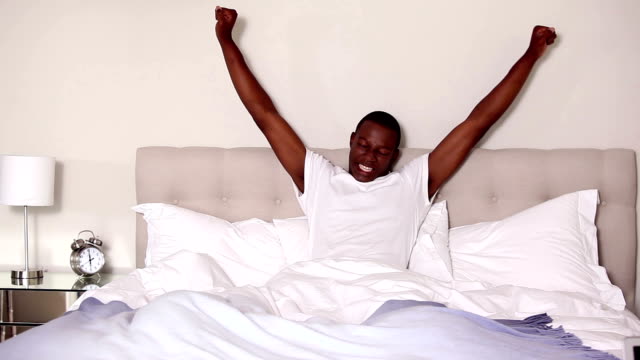 My father was an early riser, he woke up at three every morning, something I thought I could never achieve. I suffered from insomnia since my teens and whenever I woke up early it was not out of pure will but the need to get to school. I had to wake up while the stars were out to get to my school on time. My first permanent job required I be at work by half past five in the morning and so coincidentally I had to wake up at the same time as my father did. Waking up early therefore has some trauma attached to it.

I quit my main job a year back and for a while could not shake off waking up before dawn. I wanted the freedom of a schedule free life and waking up whenever I liked but I soon found the freedom I sought brought about chaos. If I wanted to achieve any of my personal goals, I needed a schedule and discipline. I figured that waking up earlier meant I would get a lot more done in the day.
Studies have proved that waking up early improves one’s focus, mood, longevity and productivity.

This is a no brainer but the earlier you sleep the earlier you will wake up. The difficulty comes when you’re like me, a person whose energy is up in the evenings as opposed to during the day. I’m a creative person and my creativity rises in the evening resulting in me sleeping early in the morning between two and four AM. I’ve changed this by sleeping by 22:00, this means I need to get all my work done by this time.

I am not a fan of television but I am a YouTube and Showmax fanatic, and so binge-watching series is what I do. Binge watching during the day is not bad but during the night, I believe, is bad because it is when your brain should be resting and not being overstimulated by today’s fast plot shows. The danger of binge-watching is akin to buying your month’s groceries and eating them all in one sitting. The shows are not going to evaporate and it is totally permissible to take a break. Your brain should be slowing down not rushing up.

Social media is today’s most addictive drug because we’re constantly plugged in. Social media like primetime television fights for our attention when we should be sleeping or preparing to temporarily shut down from our fast-paced lives. It is between the hours of six to nine at night that social media sites come alive, producing content that keeps us awake until the early morning.
No social media after 6pm, whatever you think you’ll miss out on you’ll find again because the internet is not written on a piece of paper that can be lost.

The ideal time to have your last meal should be six pm. The meal should be light on carbs. The reason you should eat early is because you will rarely feel like sleeping if you’ve eaten a heavy meal late at night, you’ll stay up longer because your body needs energy to breakdown the heavy food you ate.

Cold water is a good shock to your nervous system, mind and overall body. I had the hardest time waking up and decided on immediately taking cold showers once I had woken up- it changed my days from dragging myself throughout the day to being revitalised the whole day.

Get into the habit of journaling. Get a clean leather-bound journal of good quality because you’ll be using it throughout the year. Journaling is an innovative way of meditating because you go within and then purge all your thoughts, unpoliced, in a book which only you have access to. The nightly exercise will help your body to relax and your mind to empty out all its stressors. Think of journaling as free writing, don’t edit or police your thoughts, just write what immediately comes to mind, don’t limit yourself to a number of pages of words just keeping writing until you come to a natural stop. Hopefully this stop will come by or before ten pm which should be your sleep time.

You’re not going to need your cellphone or laptop while you’re sleeping, switch them off and keep them away from the bed, in fact keep them in the other room. If an emergency arises and you need to be contacted, remember there is an omnipotent God who will take care of it.

Darkness and silence are best for inducing sleep.

Get into the routine of waking up and exercising. I recommend a thirty-minute morning run. Running in the morning gets your endorphins up and accelerates weight loss. Exercising in the morning gets your body accustomed to waking up early, so much so that an alarm clock will not be required- your body will eagerly and naturally wake you up once you get into the routine. Also, nothing beats getting that fresh morning air.

Stop using your cellphone as an alarm. Get a physical alarm that you can’t snooze and place it away from your bed so as to force you out of bed to switch it off when it rings.

Make your bed once you’re out of it, not after brushing your teeth or taking a shower or exercising- this ritual informs your mind and body that it is really time to wake up and snaps you into the reality of the morning.

Don’t touch your cellphone until after your morning routine has ended. This seems extreme but a morning routine cannot take more than two hours. It takes less than two hours to wake up, make your bed, brush your teeth, exercise, take a cold shower and eat breakfast. It is only after eating breakfast that you may switch on your cellphone. Your morning routine should include time for reverence of nature and God (if you will)- try eating breakfast in the garden, or balcony or whichever quiet place you can find. Starting of the morning like this gradually picks up your energy levels without the bombardment of the internet, tv or radio. When you stop reaching for your cellphone immediately after working, you realise how much time you have.

Sleeping with a light blanket teaches your body to self-regulate, if you’re too warm you will have a hard time getting out of bed. Sleep with a light blanket that requires some heating up from your body, fight the temptation to add a blanket- you will be warm soon enough. You will realise that as the temperature drops in the early morning you will naturally wake up, possibly before your alarm clock goes off.

Like Loading…
Previous: Blindspotting has its own blind spots
Next: Why Keeping Your Plans to Yourself Works