From Hate to Love of Motivational Speakers 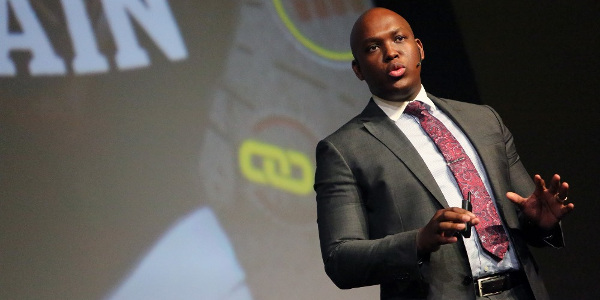 Motivation is garbage, at least that is what the speaker in an interview reiterated. I nodded in agreement as I crunched on my muesli while in bed watching the video. I am of the belief that motivational books a waste of good trees and that motivational speakers are more of an annoyance than a driver to desire change in one’s life, so why was I watching one?

I worked for a good five years without the assistance of motivation, I woke up because I had to and went to work because I had to. The payment of bills was not motivation but rather the fulfilment of the logic of a systemic world we live in. I pursued higher education because it made sense for a promotion and personal progress. The need to watch or read motivational books never crossed my mind; this is mainly because I like to read fantastical works that focus on creativity rather than the ones that attempt to explain the existence of a macabre reality through a positive perspective.

I don’t know when it began, I don’t know how it began but every morning I would find myself watching a motivational video on the internet before I exercised or left the house. I dedicated an hour every morning to these videos of well spoken, well dressed and high functioning adults who rose and raged against the barriers that were set against them. I have no barriers- that’s disingenuous- I have a few barriers but the main one is understanding how a popular internet recruitment application works. I’m unemployed and I get frustrated at the multiple steps one must take to apply online which is supposed to be the easier option.

The more I applied for jobs online the more demotivated I became. These online recruitment websites are advantageous in that one can easily access and select the jobs they want to apply to. The complete required job descriptions are clearly detailed, making it easier for one to customize their resume and motivational letter. Writing a motivational letter is the bane of my existence and I believe that’s when I began watching motivational videos. I did not understand why simply seeking a job was not motivation enough for the employer to employ me.

I now realise that the employer needs insights into my character which is informed by, amongst many other factors, my daily habits. My daily habits had somehow altered and not for the good. My motivational well, which was inherent in me like a cat’s instincts, had dwindled and the desire for achievement was non-existent. The problem was I was looking into jobs that were secure not ones that would fill up my motivational well. All the speakers I listened to stated, in one form or another, that working from a place of authenticity is central to one’s success.

Authenticity is my motivation in life, if it is not authentic then I will not perform well in it, on my online job search I was searching from a point of desperation and this is why I could not motivate the employer.

I still watch motivational videos, after I have made the bed and exercised- it is more productive this way.  I used to scoff at motivational speakers like I do at charismatic church leaders but now I have a notebook where I write down significant statements- sometimes our brains need rewiring and sometimes this is conducted through mechanisms we once thought laughable.